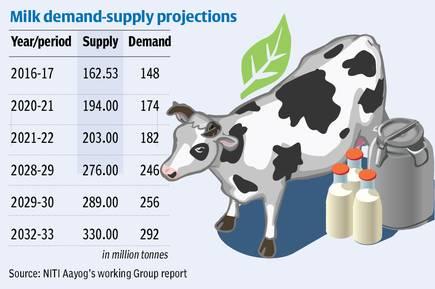 Recently, India decided against joining the Regional Comprehensive Economic Partnership (RCEP) which is a Free Trade Agreement (FTA) between more than a dozen countries. In the run-up to the RCEP meet, the domestic dairy industry has been vocal about its apprehensions regarding this FTA.

What is the current status of India?

What are the Concerns of the Industry?

What are the measures to be taken?

Indian market is vast and the dairy industry needs to take advantage of it. It should go into the mass-scale distribution of milk by encouraging better milk outputs, buying the milk, converting the milk into milk powder and distributing it at a subsidised rate through the National Food Security Act and keep looking for more remunerative options.

India is the biggest producer as well as the consumer of milk and the solution lies within the ecosystem only by making improvement in the quality and quantity of the milk produced and by adding value to it so that both farmers and consumers can benefit.